We are a hand-picked and trusted team of experienced and talented DJs from Essex who are both professional and reliable. Working as a team we are able to allocate the perfect match of DJ to your event, and it also gives us a safety net should we ever need to call on another member of the team for support. 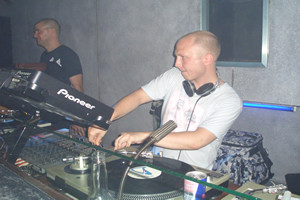 David, known to many as “Disco”, is one of our most talented and vastly experienced DJs with a career spanning 20 years. He has lit up dance floors in clubs such as the Ministry of Sound, Pacha and Es Paradis, and has held residencies in many key venues in his local City of Chelmsford and the surrounding area including The Bar, Decadence and Barista.

A professional, polite and accommodating character, his knowledge of music from a wide variety of genres is extensive, and with a huge library of music from which to choose, he knows how to make a dance floor move whatever the occasion. Click here or on David’s profile picture to go to his mixcloud page to listen to some of his mixes. 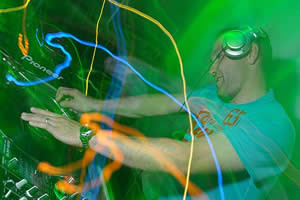 Dave has been a DJ since 1988, playing house music throughout the Warehouse Party era when he met and joined local dance band Sunscreem. During the 1990s he produced and remixed over 30 tracks including the 1993 Billboard Number 1 Dance Chart Hit “Love U More” as well as completing remixes for bands such as Simply Red, Eternal and The Human League. During this time he was booked as a guest DJ in many clubs around the world including venues in the USA, Africa and Europe, whilst holding down a 2 year residency at The Zoo in Ibiza.

In 2003 David secured a DJ residency at the legendary Dukes Nightclub in Chelmsford where he was showcased in Decadence, playing 6 hour sets every Saturday for 5 years. More recently David has worked several other DJ residencies and also played at many private hire functions including birthdays, weddings and charity events. He is one of our most versatile DJs with a vast amount of experience capable of adapting to venues ranging from major nightclubs through to small private venues and marquees. His music can be adapted to suit age, personal taste and function. Click here or on Dave’s profile picture to go to his mixcloud page to listen to some of his mixes. 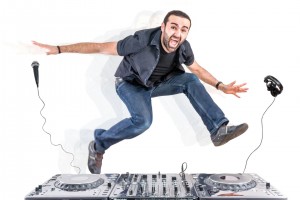 Zoltan has been involved with organising parties since the early 90s. His long journey escalated enormously in the last 20 years in terms of his musical and technical knowledge. His passion, along with great dedication, reaped reward in 2007 when he reached the finals of a mix competition run by Kiss 100. His mixes have since been aired across Europe.

The last decade he has seen his reputation grow further, playing in many venues in London and his local city of Chelmsford such as Saracens, Bar 41, Ancient Lights, Corner Lounge and The Purple Lounge. Zoltan has also played abroad in Thailand and Hungary. As well as bars and clubs, Zoltan is also an experienced party DJ, having rocked dance floors of weddings, birthdays and staff parties. Zoltan is a well mannered, keen, dedicated professional who is able to read the audience and make your party special. We are delighted to have him on our team. 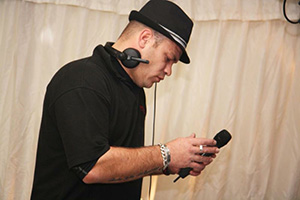 Jon started DJing about 10 years ago, initially doing house parties and then progressing to larger events, such as weddings and birthday parties. During the past 10 years he has DJ’ed at a number of different pubs and clubs in and around the Essex Area. As a mobile DJ he has an extensive collection of music from the 50’s through to modern day. He has extensive experience with mobile parties including weddings, engagements, 18th birthdays and 21st birthdays. Jon is also experienced at large events; in 2014 was the DJ that opened and closed the Billericay firework display, playing to a crowd of 18,000 people. During he day Jon also does radio bulletins for Radio Essex.